The Ascent is a "cyberpunk" themed action role-playing video game that is developed by Swedish indie game studio Neon Giant and published by Curve Digital. The Ascent is a game that was developed using Unreal Engine 4 by a team of 11 people and is Neon Giant's debut in the industry. The Ascent is scheduled to release on July 29, 2021 for Microsoft Windows (PC), Xbox One, and Xbox Series X|S.

The Ascent takes place within an arcology in a futuristic dystopian world known as Veles, controlled by a powerful megacorporation called "The Ascent Group". Players assume control of a worker enslaved by the company. After the mysterious collapse of The Ascent Group, the arcology descends into a chaotic free-for-all pitting districts, syndicates and rival corporations against each other for control. The player's role is to stop other factions from seizing control and uncover the mystery behind the demise of The Ascent Group.

Welcome to The Ascent Group arcology, a self-contained corporate-run metropolis, stretching high into the sky and filled with creatures from all over the galaxy. You play as a worker, enslaved by the company that owns you and everyone else in your district. You get things done, whatever menial task is given. One day, whilst sent on a routine assignment to make use of your skills with a cyberdeck, you are suddenly caught in a vortex of catastrophic events.

The Ascent Group, the largest mega corporation on the planet, shuts down for unknown reasons, causing the automated security systems to go haywire. The survival of your district is threatened: rival corporations are trying to force appropriation and crime syndicates are looking to boost their black-market augmentation trade. You must take up arms to stop them from seizing control and embark on a new mission to find out what started it all.

Explore the world of Veles, alone or with up to three friends, to find out what happened. Your ascent through the arcology will lead you across the path of the most impressive enemies but also unexpected alliances. Fully customize your character's appearance, skills and abilities to match your playstyle and loot various weapons and gear as you grow stronger. Your ascent begins now. 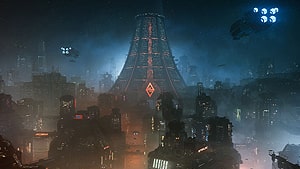 Meet new allies and enemies and find loot as you explore the brimming world of The Ascent and its wide range of districts, from the deep slums to the higher luxury spheres. 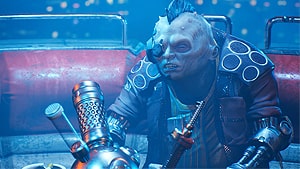 Aim low or high, switch weapons and equip lethal gadgets, take cover and use the destructible environments at your advantage and keep adjusting your tactic as you face new enemies. 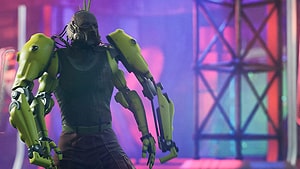 Customize your character with cyberware that suits your playstyle. Allocate new skill points as you level-up and try various augmentations to take down your enemies in new creative ways. 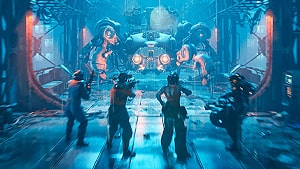 Play the entire game alone or work together with up to three friends in local or online co-op.