New Player Help for The Ascent covers various information and guides that will help a player understand the basics of the game's mechanics as well as recommended things to do before starting the game. The aim is to help all players to further understand the game and to know what it has to offer. 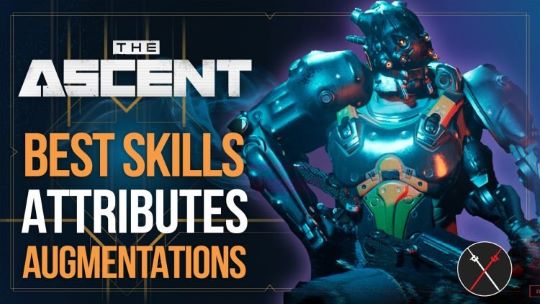 You can find the different Skills and Attributes in order to enhance the raw power of your Augmentations or special abilities. We'll also discuss how these Augmentations function and how it can affect your Builds. If you’ve been searching for the best Skills, Attributes and Augmentations to focus on in The Ascent, then this guide is for you. You can read more about the guide here.

Are all Missions Mandatory? 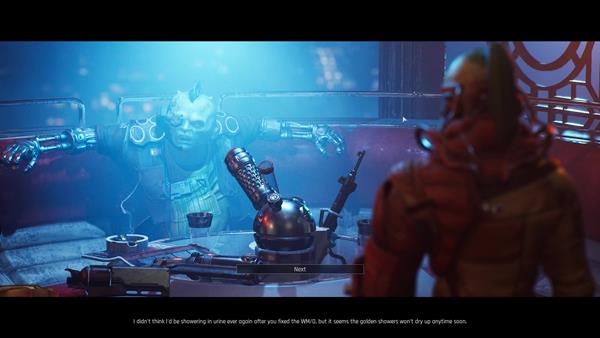 Main Missions are mandatory quests that players will naturally complete to progress through The Ascent story, so those are practically mandatory. A list of optional Side Missions are also available as the player progresses through the narrative, however we strongly recommend players not to miss out on those too, as they unlock a plethora of important components - exclusive Locations, Equipment, and rewards.

What in particular shall players prepare for in between missions? 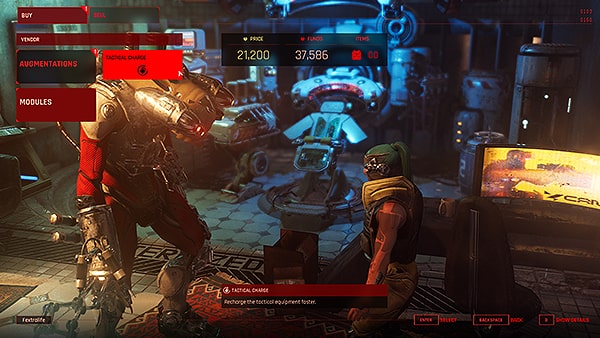 Are there other Combat Bonuses apart from the usual Weapons and Armor? 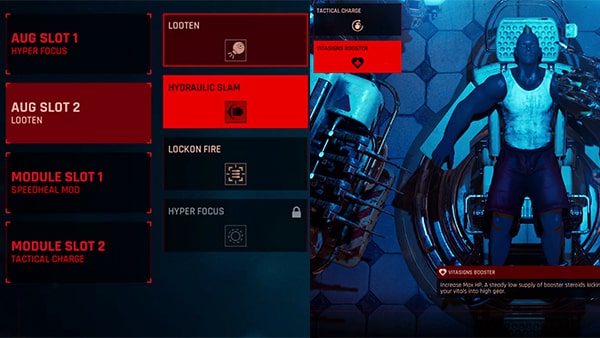 Combat in The Ascent also feature the unique mechanics of Augmentations, Modules, and Tactical Items. Players can equip two Augmentations and Modules by default - active abilities that can be obtained from rewards and loots, or purchased from Vendors, such as the Grafter. Furthermore, players can slot in different kinds of purchasable throwables and gadgets known as Tactical Items, such as G6 Fragmore Grenade or the Stasis Drone, all of which apply different Status Effects.

Compared to other shooter games, how big of a role does terrain play during combat? 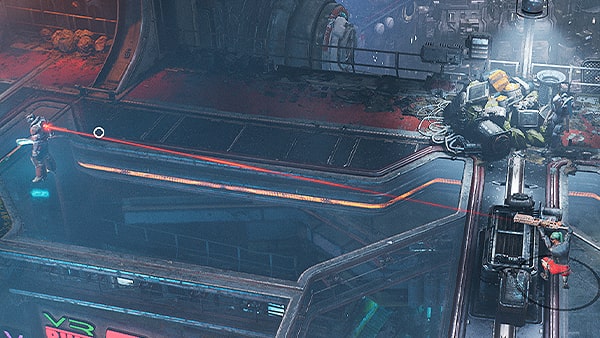 When fighting against Enemies, the most important tactic is to kite and take cover. There are two kinds of cover - full cover, where players can stay behind to avoid bullets, and low cover, where players can crouch behind to remain protected, and peek out to retaliate. Covers are usually random obstacles (i.e a broken down vehicle, a pillar) in the middle of otherwise empty areas, so make sure to move around cover is enemies are chasing, and strike back when the opportunity comes. 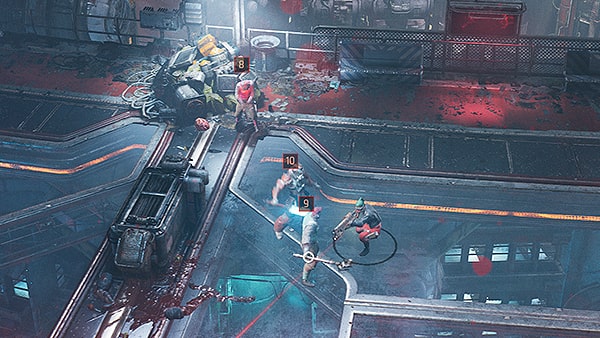 Movement during fights are crucial to survival. Many Enemies, such as Turbo Thugs and Ferals will continuously pursuit you up close as an attempt to land melee attacks. Make sure to keep moving to maintain range, and kite while shooting them down if possible. If ever you are surrounded by multiple enemies, execute a dodge roll to quickly get out of the way and regain distance.

What makes an Armor or Weapon ideal? Is it determined by its sheer damage or defense attribute? 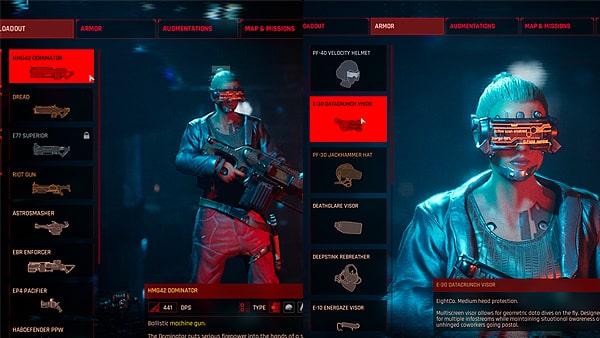 In The Ascent, Combat is a combination of multiple mechanics, therefore a  gear usually possess many stats, making each one effective in different situations. For example, when deciding what Armor to equip, players shall consider what type of Enemies they are fighting against, as different Enemies deal different damage type. Always equip the Armor that defends against the corresponding type of damage. On the other hand, apart from dealing raw damage, each Weapon also deal a different degree of Stagger Damage.

This refers to how much each shot/hit will knock back enemies, and higher stagger damage tend to briefly knock down opponents, rendering them vulnerable until their regain composure. Hence, players shall take into account details like these when equipping gears as they confront Enemies, and wear the ones that best fit the current situation.

What about Skills? Should I swap them out to face different adversaries more effectively? 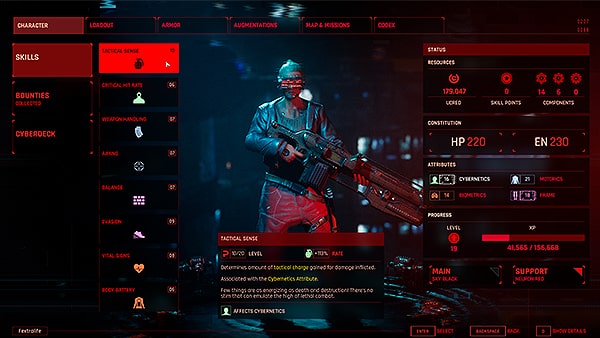 Absolutely! Much like Equipmentt, Augmentations and Modules, skills are an integral part of your Build. The only difference is that skills are unlocked and strengthened with Skill Points, which are obtained 3 points at a time when you level up. You can allocate your skill points into whichever skill you want. Swapping out skills are also slightly more restricted than swapping out Weapons and Armor, as you are required to talk to the Grafter to respec your skill in exchange for uCreds.

Should I search all areas I pass by or just follow prompts and proceed directly to objectives? 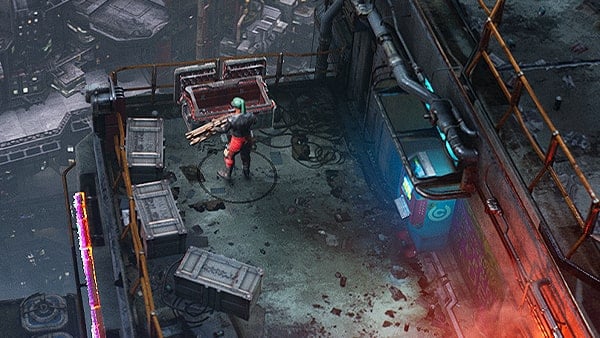 The decision is ultimately up to the player of course, however we strongly encourage players to take a scenic route now and then, and search nearby areas for crates and chests. This is especially helpful especially in the beginning, as it would not only help you familiarize with the ins and outs of each Location, but also obtain random loots and uCreds from discovered crates and chests.

Anyway to prevent myself from getting lost during Missions or missing an objective? 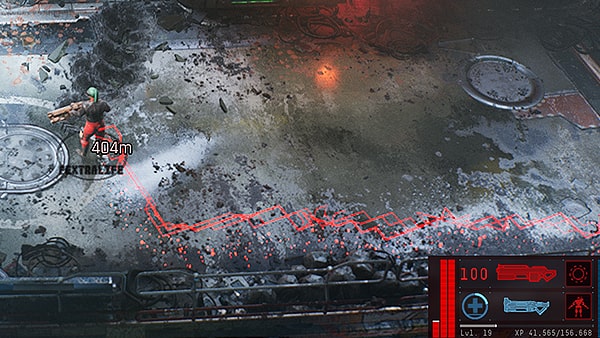 You can track your objective by using the Waypoint Marker. To do this, simply press O on the keyboard to ping a waypoint marker, which will help you navigate through the multitude of areas in the game.

How do I recover my health when I am in between missions? 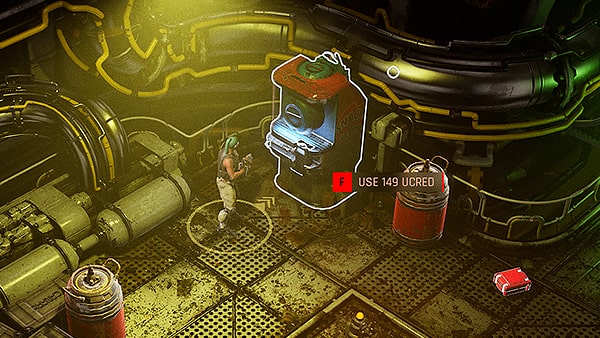 When you notice that you are low on recoveries or if you sense that you might need extra ones for upcoming Missions or battles, you may explore the area to access any of the available vending machines scattered naerby. You can acquire a set amount of recovery items from those in exchange for a modest amount of uCreds.

How important are Bounties, and how do they work? 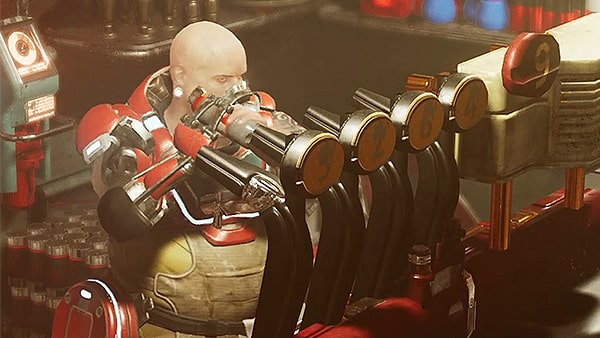 Bounties are mini-hunts that randomly trigger during different times and Locations of your game play. When completing a bounty, the goal is always to take down a notorious, hostile being, and bring his/her head back to any bartender as proof to exchange certain rewards, usually uCreds.

You will usually find the wanted persona strolling in a specific area with groups of other enemies present, often times acting as their protection or an obstacle for the player. Enemies with bounties on their head will always have a unique name shown on top of their health bar, and your IMP will also alert you of any nearby bounties, as well as their level of threat. Bounties are a great way to make extra uCreds as well as earn other rewards, and good additional tasks to gain experience or unlock new areas between Missions.

How do I tell if my character is powerful enough to go against certain Enemies or begin a Mission? 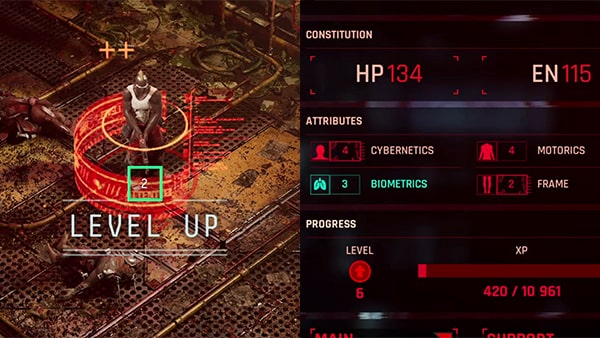 Both Main Missions and Side Missions appear alongside an indicated level in the Journal. Although there is nothing wrong with challenging yourself, we recommend players to complete missions of their character's corresponding level. Likewise, if you ever encounter threats with a higher level or a red skull icon on their head, there is no shame in retreating to sharpen your abilities first instead of charging head on at the bull.

In the mean time, complete lower-level missions, hunt for Bounties, or defeat easier enemies to gain EXP and uCreds in order to acquire the proper Equipment and Skills. Make sure to check the Journal to find out about specific Augmentations and gears you'll need before embarking on your next quest.

What is the Cyberdeck? 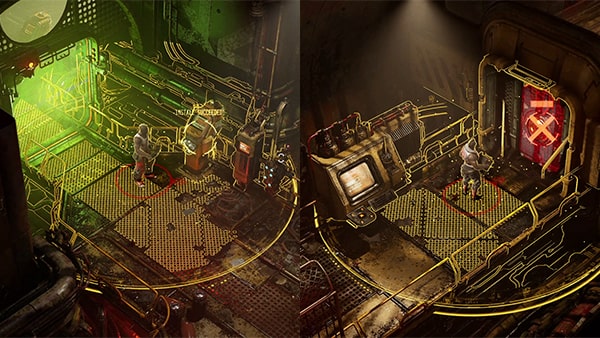 One of the most unique mechanics in The Ascent is the act of hacking different features of the environment to gain access to areas or trigger a result. The Cyberdeck refers to the tool that equip players with the ability to hack a multitude of features in the game, including doors, chests, ATMs, vending machines, turrets, etc.

Different features or objects are only hackable by its corresponding type of Cyberdeck upgrade, which can be collected through exploration as they are scattered across different Locations. Players can check the types of Cyberdeck Upgrades they currently have by opening up the Character Screen in the Journal. When exploring the vast world of Veles, most hackable features are highlighted in Yellow.

Intrusion Countermeasure Electronics (aka ICE) is a defense mechanism embedded into interactive features by The Ascent Group to prevent cyber-veterans from hacking into various technologies. Although it comes in a multitude of types and complexities, you can get past these pesky firewalls once you have acquired the specific Cyberdeck upgrades.